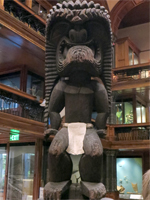 It goes without saying that Hawaii is like nowhere else in the United States.  But it’s not just the climate that makes our islands exceptional.  Many singular occurrences in Hawaii history and unique characteristics of the Hawaii culture have made the islands of aloha a distinctive destination that visitors travel around the world to experience!

Aloha Spirit is more than just a friendly greeting.  It involves emoting a positive attitude and making everybody feel welcome; and it’s the foundation of all relationships.  Most importantly, it’s the normal way of life in Hawaii!

This attitude of openness has drawn people to Hawaii from throughout the Pacific and around the world.  With them came diverse cultures that have been woven together into one remarkable Hawaii history.

Hawaii is also noteworthy with regards to war history as U.S. involvement in World War II began with the bombing of Pearl Harbor…

Kawaiahao Church: Often referred to as the Westminster Abbey of Hawaii or the State Church of Hawaii, portions of every worship service are still conducted in the Hawaiian language.

King Kamehameha statue: It’s on every episode of Hawaii FIVE-0, and its twin is one of two Hawaii statues in the National Capitol at Washington DC.  See the King who united the Hawaiian Islands!

Hawaii State Capitol: Don’t look for a dome!  The Hawaii Capitol is designed to symbolize our volcanic islands rising from the ocean.  Look for the statue of Saint Damien, which is also on display at the Nation’s capitol.

Kama’aina Sundays at Iolani Palace: Before annexation by the United States, much of the recorded Hawaii history centered on the monarchy.  Now, on one Sunday of each month, kama’aina can tour the royal palace for free.

Aloha Tower: Once the tallest building in Hawaii, Aloha Tower is the second most famous landmark in the city’s skyline.

Dole Pineapple Plantation: Pineapple was once the state’s number one industry.  Those days have passed, but you can still get a glimpse of Hawaii’s plantation history – and a delicious frozen pineapple whip!

Haleiwa Hawaii: The heart of Oahu’s famous north shore, this surf town is a favorite place to spend the day strolling among specialty shops and art galleries or snacking on shave ice and other tasty treats.

Mauna Ala: See the royal mausoleum of the kings and queens from Hawaii history!  Located in beautiful Nuuanu Valley.

Kamehameha Day: If you’re here in June, commemorate the great king who united the Hawaiian Islands with a lei draping ceremony at his statue and a floral parade!

King's Guard Changing Ceremony: The monarchy has sadly passed into Hawaii history, but the King’s Guard carries on a 19th century tradition nightly.

Royal Hawaiian Band: Hear the kings’ band perform live on most Fridays (weather permitting) at the Iolani Palace grounds and/or on some Sundays at the Kapiolani Park Bandstand.

Hawaii memorabilia at the Moana Surf Rider: Stroll through Hawaii history as you peruse several cases of collectibles in the lobby of this historic Waikiki Beach hotel.

Heiau: These Hawaiian temples came in many sizes and were dedicated for many purposes.  Many have fallen to ruins since the demise of the Hawaiian religion, but some have been fully restored.

Hawaiian Fish Ponds: Native Hawaiians practiced aquaculture since as early as the 1300’s by building rock walls in shallow waters.  Some of the resulting ponds are still in use today.

Wizard stones: Yeah, they look like they're just rocks.  But they come with a story, and they’re just a few feet from a half-dozen other attractions.  You might as well see them all!

Kukaniloko Birthing Stones: Some of the most important rocks in Hawaii history – a culturally and historically significant site on Oahu, because this is the place where chiefs were born.

USS Arizona Memorial: The number one visitor attraction in Hawaii!  Thus proving that the day it was sunk really has continued to live in infamy.

Punchbowl Crater: The National Cemetery of the Pacific, located inside a dormant volcano, features magnificent mosaics and a breathtaking view over the downtown business district.

Natatorium War Memorial: Closed since 1979, this seawater swimming pool was built as a World War I memorial, and it became the home of Hawaii’s Olympic swimming stars.

In addition to these historic sites, you can see the ruins of wartime relics on several Hawaii hikes.  There are pillboxes, bunkers, and/or fire control stations at Diamond Head crater, Koko crater, Makapuu lighthouse, Lanikai Pillboxes, Puu Maelieli, and elsewhere.  And along the Aiea Loop Trail, you can see the wreck of a B-24 bomber that crashed in 1944.

Chinatown Honolulu: Stroll through the biggest and the oldest Chinatown in the United States.  See many historic and cultural landmarks; and enjoy a unique window-shopping experience.

Izumo Taisha Mission: Located on the Northwest corner of Chinatown, this Japanese Shinto shrine is a place of simple beauty and tranquility.

Cathedral of Our Lady of Peace: Whether you’re interested in religious art and architecture, or its history as the location of Saint Damien’s ordination, this 19th-century downtown landmark has it all.

Kyoto Gardens: Located inside the Honolulu Memorial Park, the dominant feature of this garden is the three-tiered Sanju Pagoda.

Laie Hawaii Temple: Accessible only to members of the Church of Jesus Christ of Latter Day Saints, you can still walk the beautiful grounds and tour the on-site visitor center.

Hawaii Hiphop: Though not a traditional part of Hawaii history, there is a dynamic urban culture here.  Local B-boys give it a unique island flavor that keeps it fresh!

Bon Dance: If you’re here in the summer, you can honor your ancestors and have fun in the process.  Japanese Buddhist Obon Festivals are held all over the state from June through August.

Hawaii State Art Museum: Located across the street from the Hawaii state capitol, this museum features many beautiful examples of fine local arts.

Honolulu Museum of Art: Though generally inexpensive, this Asia-Pacific art museum features free admission on the first Wednesday and third Sunday of every month.

Honolulu Police Museum: Discover the history of law enforcement in Hawaii.  It’s not exactly as seen on Hawaii FIVE-0 and Magnum P.I.

Army Museum of Hawaii: The old Battery Randolph at Fort DeRussy survived two World Wars and proved easier to repurpose for peace than to remove.

Tropic Lightning Museum: Even without a military ID, you can visit this World War II, Korean War, and Vietnam War museum located on Schofield Barracks.

King’s Guard Museum: Discover the history of the King's Guard Drill Team: a ceremonial honor guard for the only royal palace in the United States!

Father Damien Museum: It’s now Saint Damien – the man who gave his life caring for those afflicted with Hansen’s Disease (Leprosy) when nobody else would.

Lucoral Museum: View a private collection of jewelry, gemstones, and other unique treasures.