Chinese New Year is a Blast! 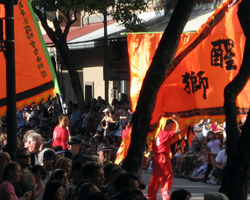 Why might you be interested in the Honolulu Chinatown annual Chinese New Year celebrations?  Well… besides the fact that they have fireworks – which are always a blast – these Hawaii festivals are both fun and free.  Furthermore, they’re a great opportunity to discover and experience one of our diverse Hawaii cultures.

The first Chinese to arrive in Hawaii were among Captain Cook’s crew in 1778; but the bulk of Chinese immigration occurred in the second half of the nineteenth century when laborers were needed for the sugar plantations.  The old cane fields are largely planted with housing developments now, but the descendants of those early Chinese settlers remain an important cultural contributor to our local way of life.  For that reason – and because we love to celebrate any and all Hawaii special events – Chinese New Year is a fairly big deal here in Honolulu.

In case you aren’t already aware of this fact: the first thing you need to know about Chinese New Year is that it’s determined by a lunar calendar, which means it falls between mid-January and mid-February (see chart at right for upcoming dates).  Needless to say, that makes it difficult to give you information that won’t change from year to year.  Nevertheless, the various Honolulu Chinatown celebrations usually span a few weeks, so your chances of finding Chinese culture related Hawaii activities during your vacation to Hawaii are fairly good.

Festivities usually include all or most of the following: 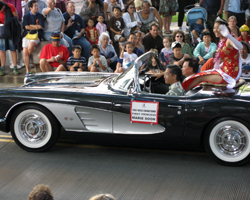 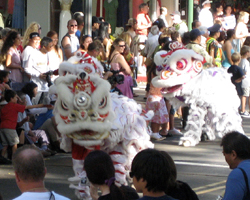 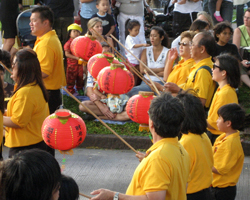 I wish I could tell you exactly which dates will apply to each of these Hawaii special events, but it’s just impossible to predict.  Even more unfortunate... I used to be able to link you to the official Chinatown Event Calendar, but that site seems to have gone away.  I'm looking for another suitable resource, but haven't yet found it.  Sorry.  In the meantime, if you're enjoying a Hawaii vacation in January/February, ask your hotel concierge if there are Chinese New Year events scheduled during your stay and/or check the local news for updates.

One last thought… you might want take TheBus to get there.  Most routes run right through this part of Honolulu (or very nearby), and this will save you the hassle of looking for parking.  But if you do need to drive, there are several paid parking garages in the area.  There is very little metered street parking.