Scenic Hawaii Sightseeing is Like Nowhere Else in America! 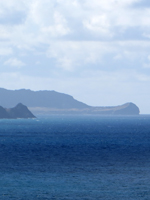 Maybe you’re on a tight schedule and just want to see some sights…  Scenic Hawaii has plenty to offer!  This is one of the main reasons Oahu is such an ideal tourism destination.  Most of Hawaii’s famous landmarks are all located on this one island!

Better still, many of the most popular Hawaii sightseeing spots are close to one another and easy to access.  With little to no effort, you can drive right up to many locations and see the attractions without having to engage in any extended activities.

You can tour Hawaii, snap some pictures, and hop back in the car on your way to more Hawaii sights.  Treat your eyes to opulent ocean vistas, majestic mountains, gorgeous greenery, and everything in-between!  You could fill a photo album with the most famous scenic Hawaii attractions in just a day or two!

These scenic Hawaii sights are all of the drive-up, point-and-shoot variety.  Flood your favorite social media with tons of iconic attractions with the least amount of effort!

Diamond Head Crater: The view from its crater rim is unmatched, but that requires a hike.  Nevertheless, this dormant volcano is probably the most iconic of all Hawaii sights!

King Kamehameha Statue: It’s on every episode of Hawaii FIVE-0, and its twin is one of two Hawaii statues in the National Capitol at Washington DC.  See the King who united the Hawaiian Islands!

Aloha Tower: Once the tallest building in Hawaii, Aloha Tower is the second most famous landmark in the Honolulu skyline.

China Walls: In the Portlock neighborhood of Hawaii Kai, this natural rock seawall has been sculpted by endless wave action and makes a beautiful backdrop for some fun pictures!

Halona Blowhole: Near the south tip of Oahu, this natural lava tunnel shoots sea water high in the air like a wave-powered geyser!  It also overlooks a famous film location.

I had initially thought to write a separate page for each of these Hawaii attractions, but as I was driving along taking new photos, it occurred to me that each stop was only a small part of an extraordinarily beautiful Windward Oahu scenic drive.  That’s when I decided to combine all of these points of interest into a single scenic Hawaii sightseeing tour that you can do in less than a day.  So click to read about the entire route or you can click the links below to see specific attractions along the route…

Heeia State Park: Near the exact middle of Kaneohe Bay, this state park is not only beautiful, but it also overlooks a fish pond and one of the major locations in the film “50 First Dates”.

Chinaman’s Hat: This little offshore island is famous for its distinctive shape – similar to the hats that were worn by Hawaii’s immigrant plantation workers.

Crouching Lion Oahu: A scenic Hawaii drive along Oahu’s east shore takes you right past the place where a natural rock formation has created the appearance of a lion at rest.

Laie Point: Continuing your east shore scenic drive will next take you past a little park with a natural rock arch jutting out into the ocean.

Laie Hawaii Temple: The next stop on your east shore tour could be the Latter Day Saints temple, where you can walk the grounds and enter the on-site visitor center.

See the practically entire island from just a handful of panoramic vistas!  These locations are also easy to access by car for more quick photos.  These views rival that of many Hawaii hikes but without all the effort!

Punchbowl Crater: Follow the path from the cemetery to the crater rim and get a spectacular view over all of Honolulu, the state capitol, and Diamond Head crater!

Puu Ualakaa State Park: Another great view over Honolulu and Diamond Head; but from this spot, the view includes Punchbowl Crater and Manoa Valley.

Waahila Ridge State Park: See everything from Waikiki past the University of Hawaii to the very back of Manoa Valley!

Nuuanu Pali Lookout: The mountain pass that used to be the only road from Honolulu to Kaneohe is now an iconic overlook of windward Oahu!

Keaiwa Heiau State Park: See an ancient Hawaiian heiau.  Then turn around for a bird’s eye view over all of Pearl Harbor!

Kaneohe Bay: By far the largest bay on Oahu, the view encompasses everything from the Marine Corps Base to patch reefs, a sandbar, three fish ponds, famous film locations, and Chinaman’s Hat!

Makapuu Point Scenic Lookout: From this location, you can see approximately one third of Oahu’s east shore, plus the islands of Molokai and Maui!

Friendship Garden Kaneohe: This is a privately-owned garden that is open to the public.  It features a unique collection of tropical trees and a breathtaking view of Kaneohe Bay!

Hoomaluhia Botanical Garden: One of the free City and County of Honolulu Botanical Gardens, this Windward Oahu attraction offers some of the most dramatically picturesque landscapes on the island.

Koko Crater Botanical Garden: One of the free City and County of Honolulu Botanical Gardens, this East Oahu attraction is located inside a dormant volcano and features a variety of arid-climate flora.

Liliuokalani Botanical Garden: One of the free City and County of Honolulu Botanical Gardens, this Hawaii attraction is located near the heart of the city and features native Hawaiian plants along a section of Nuuanu Stream.

Wahiawa Botanical Garden: One of the free City and County of Honolulu Botanical Gardens, this Central Oahu attraction encompasses a tropical rainforest complete with tree ferns, heliconia, plams and more.

Lyon Arboretum: Take a walk on the wild side – through nearly 200 acres of tropical rain forest.  This botanic garden features 5,000 species of palms, heliconias, gingers, bromeliads, and other exotic flora.

Sometimes you need to get out of the car and experience Hawaii for more than few minutes.  These Hawaii sightseeing attractions are ideal for free fun and fantastic photos; but you’ll need to commit some time for proper enjoyment!

Hawaii Sunsets: Of course you can see the sun set from half of the island, but some places are better than others for enjoying that perfect moment between night and day!

Hawaii Parks: Parks are parks, right?  Maybe, but our parks are in Hawaii!  So if you’re looking for a cool place to prop up your feet while the kids safely burn some excess energy, try one of these…

Whale Watching Hawaii: Primarily from January to March, look for spouts or playful splashing about!  Without even trying, I’ve seen whales from land on Oahu’s north, south, and west shores.

Hawaii Dolphin Watching: Although not as regularly as whales, I’ve seen dolphins up and down Oahu’s west shore; and believe it or not, they even do jumps and flips in the wild

Pearl Harbor Bike Path: Whether you have access to a bicycle or just want to walk, this 10-(ish)-mile paved path traces the shoreline of Pearl Harbor from the Aloha Stadium to Ewa Beach.

Dole Pineapple Plantation: Pineapple was once the state’s number one industry.  Those days have passed, but you can still get a glimpse of Hawaii’s plantation history – and a delicious frozen pineapple whip!

Haleiwa Hawaii: The heart of Oahu’s famous north shore, this surf town is a favorite place to spend the day strolling among specialty shops and art galleries or snacking on shave ice and other tasty treats.

North Shore Bike Path: By bicycle or by rubbah slippahs (flip-flop sandles), this short path can be a delightful cruise past most of the north shore’s most famous beaches.

Hawaii Film Locations: Pirates of the Caribbean, 50 First Dates, Hawaii FIVE-0, LOST, Dog the Bounty Hunter, Baywatch Hawaii, Magnum P.I., From Here to Eternity, Karate Kid 2, Battleship, Blue Hawaii, and many more were all filmed on the island of Oahu!